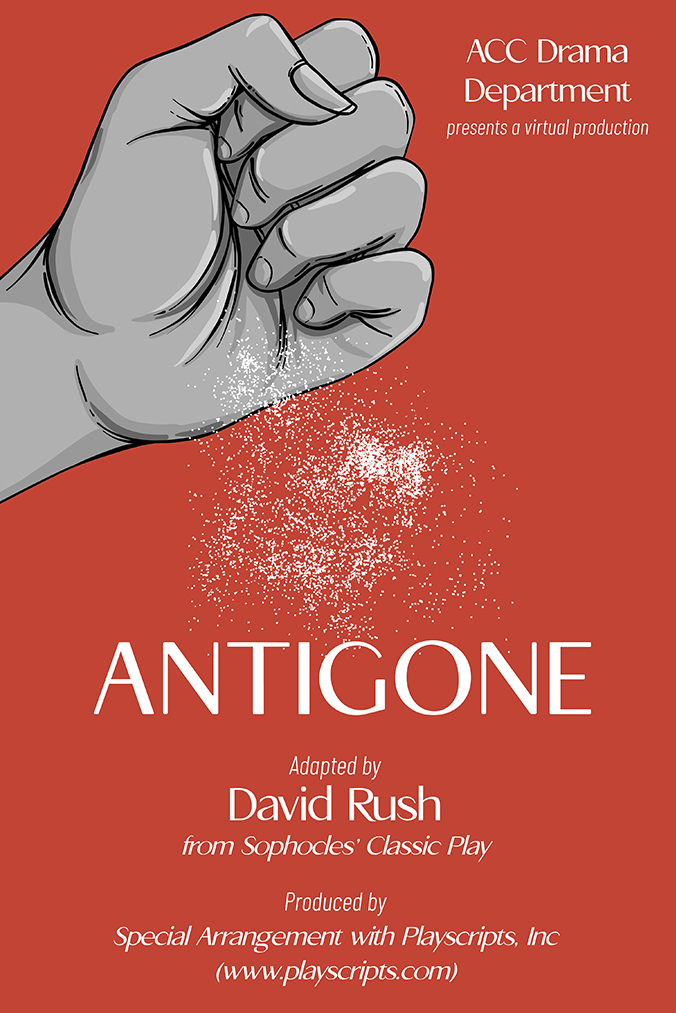 All performances will be done live through a virtual feed with Playscripts, Inc.

“We're very excited to be producing our very first virtual theatre production,” said Dr. Jay Burton, ACC Drama chair. “This presentation requires an entirely new approach: it is part live theatre because we are not cutting and splicing like a movie, and it's a little bit like television. It also has some aspects of film, so it's a challenge not only for the actors but for the production team as well. Along with the challenges is the reward of getting to participate in a whole new theatrical form.”

This production is based on David Rush’s adaptation of the Sophocles’ play about a Antigone, the daughter of the slain Oedipus, who dares to defy the order of King Creon (Antigone’s uncle) that Oedipus should not have proper funeral rites. Her defiance sparks a family feud that pits family members against each other and civil law against the gods.

“For a 4000-year-old play, it's remarkably relevant today,” Burton said. “We are hoping that everyone will log into BroadwayOnDemand.com to enjoy this modern classic."