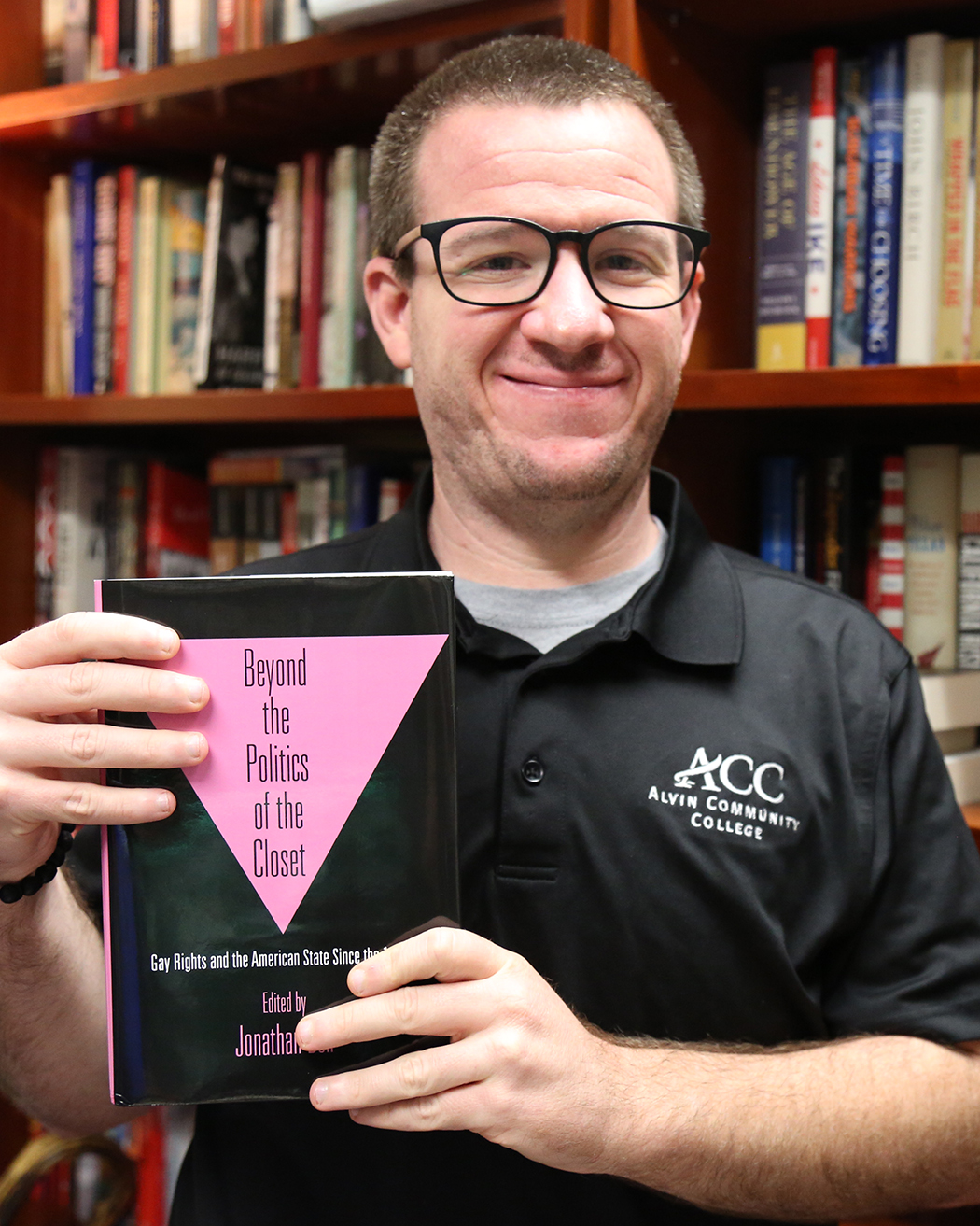 As the nation grows more conscious of the struggles of marginalized people, researchers are exploring and documenting their historical contributions.

ACC History instructor Dr. Ian Baldwin recently published an essay in a book about the history of gay rights, Beyond the Politics of the Closet: Gay Rights and the American State Since the 1970s (University of Pennsylvania Press).

“It was a great honor to join these scholars, most of whom are leaders in the field,” Baldwin said.

His essay, A Ray of Sunshine: Housing, Family and Gay Political Power in 1970s Los Angeles, focuses on the struggle to end housing discrimination against LGBTQ citizens.

“My contribution derived from research I completed for my doctoral dissertation,” Baldwin said. “Synthesizing that research, I wanted to share my findings with a larger academic audience.”

It is important for faculty members to be at the forefront of their field, said Dr. Cindy Griffith, ACC Vice President of Instruction.

“Dr. Baldwin’s contributions to this scholarly work is a testament to the quality of faculty we have here at ACC,” she said.

“While the idea of ‘gay rights’ is often associated with ‘identity politics,’ my contribution to this book encourages us to connect gay rights to a wide civil rights movement grounded in economic justice,” Baldwin said. “Working-class LGBTQ activists were most concerned with ending discrimination in affordable housing, employment opportunities, and healthcare access. Looking beyond self-expression and the right to marry, they sought economic security for all citizens regardless of sexuality.”

Many of the issues that Baldwin addresses in his essay about the 1970s are still present today.

“The U.S. continues to lack national protections against discrimination for LGBTQ Americans in these areas,” he said. “Collectively, the essays in this volume deepen our understanding of how the American state and politics were transformed by LGBTQ activism in the 20th century.”

Beyond the Politics of the Closet is available now on Amazon.